EMPIRE IS, WITHOUT question, the world’s most influential film and entertainment brand. Encompassing a print magazine, podcast, website, digital edition and live events strand, nobody speaks to more film fans across the world with more authority. And within the industry, Empire really matters to people.

We collaborate with the biggest film studios and distributors and world-class filmmakers and actors to create content that no other brand could pull off. From interviewing Tom Cruise to being on set with Quentin Tarantino to shooting videos with Ryan Reynolds, our access is unparalleled. With world-class writers, critics, photographers and illustrators, every piece of Empire content is considered, premium, polished and connects with the audience, who trust us implicitly and come back to Empire every day, every week and every month.

Whether it’s creating the world’s first video cover for Fantastic Beasts And Where To Find Them with the team at Pottermore and Warner Bros or securing the world exclusive for The Irishman, or a Steven Spielberg takeover, Empire has some of the biggest firsts in the film and entertainment world.

There are set visits, and then there are Empire set visits. No-one can match the standing we have with filmmakers, so no-one else got to spend six weeks on the set of The Hobbit, or tour three continents with Tom Hiddleston for Kong: Skull Island.

In the past 12 months we’ve featured Martin Scorsese, Spike Lee, Natalie Portman, James Cameron, Gurinder Chadha, Quentin Tarantino… Actually, it’d be quicker if we were to name the A-list stars we haven’t spoken to. Empire is the magazine the best and biggest names in Hollywood want to be in.

Just how big is a Tatooine womb rat? How many Infinity Stones are there? And just what exactly does a Best Boy do? The Empire team know. And that’s because they live, breathe and dream film. It’s the most knowledgeable, passionate team in the business.

Providing a daily (backstage) pass into the elite world of Hollywood, Empire online can boast proudly boast 1.7 million UU and 12 million page impressions. From first-look trailers to exclusive behind-the-scenes footage, whether you are using a laptop, iPad or smartphone, it’s instant admittance to the world’s coolest movie club.

The Empire Awards represent the most exclusive industry awards outside of BAFTAs. From up-and -coming stars (Florence Pugh, Himesh Patel) to the already A-list (Steven Spielberg, Hugh Jackman and Mark Hamill), it’s the awards event that fills a West End venue with celebrity and newspapers with column inches each and every year.

Hollywood fiction meets augmented reality to offer you even more Empire every month. With exclusive access enhanced by behind-thescenes filming and special studio-supported CGI, Empire’s digital edition is the perfect synergy of content and concept. The pages are alive with additional content, from dinosaurs to T-1000’s. 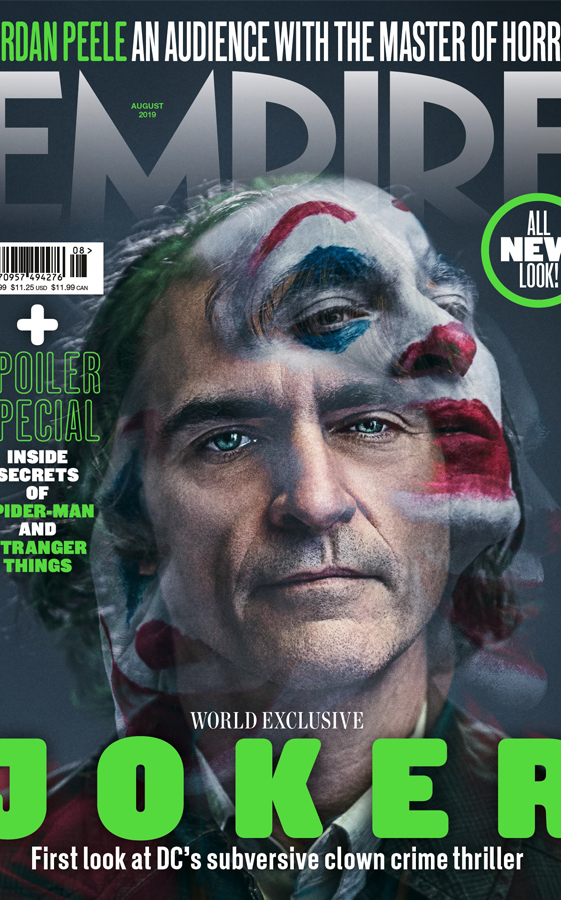