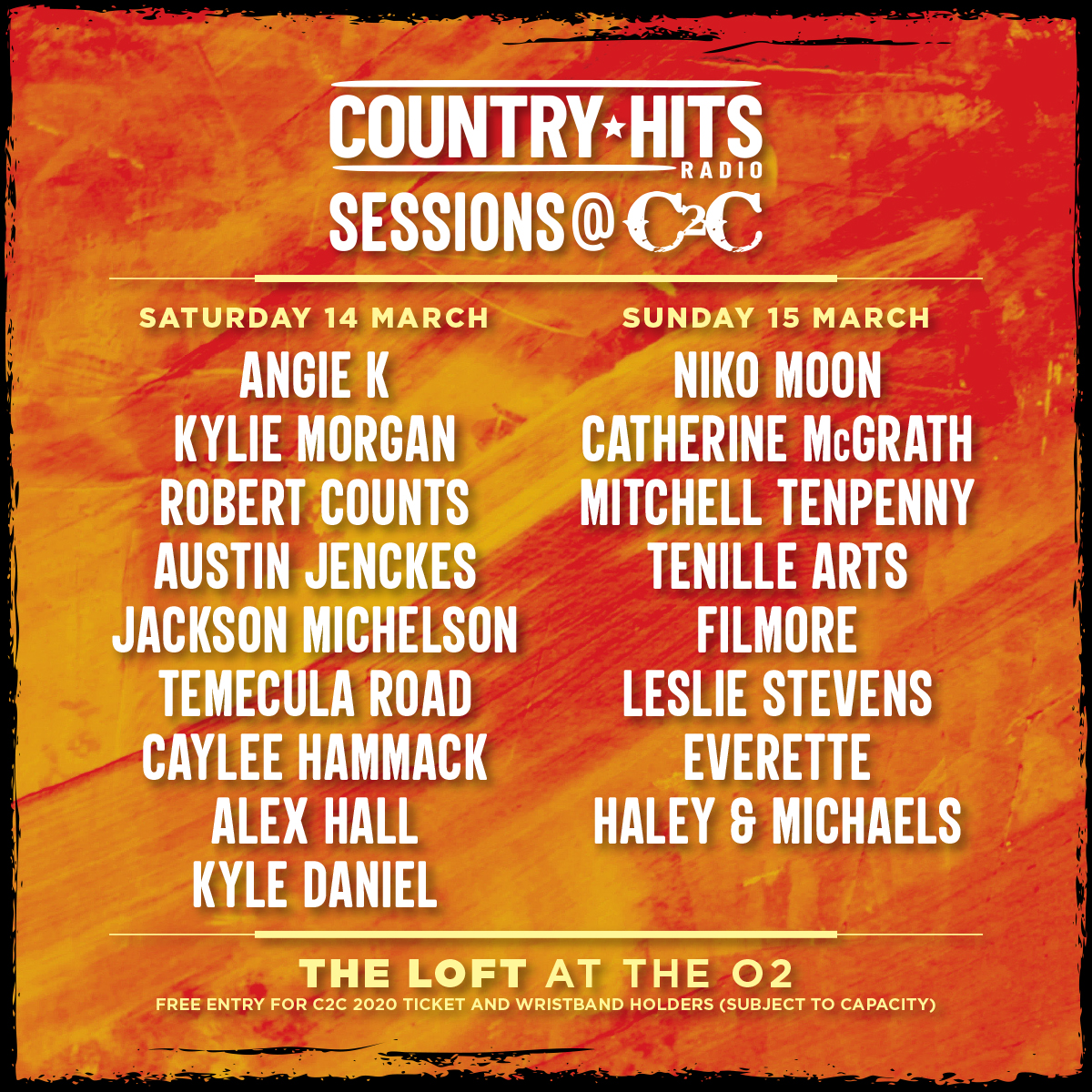 Following a successful partnership with Country to Country for Country Music Week in 2019, Country Hits Radio have now partnered with Europe’s biggest country music festival for their upcoming London event.

Taking place at The O2 in London over 3 days next month, C2C: Country to Country is set to feature the best in country music, bringing together some of the world’s biggest country stars along with emerging talent from Nashville, the UK and beyond.

The Country Hits Radio Sessions at Country to Country, will feature stripped-back sets from some of the most in-demand artists right now on the country music scene. Hosted by presenters Baylen Leonard, Jennie Longdon and Matt Spracklen, the sessions will be held at The O2’s new Loft venue over Saturday 14th and Sunday 15th March, offering C2C goers a chance to see some of their favourite new artists in an intimate setting.

As exclusively revealed on Baylen Leonard’s Country Hits Radio show, confirmed artists for the sessions are as follows:

Speaking about the partnership, James Brownlow, Content Director for Country Hits Radio said “We’re thrilled to partner with C2C and support these fantastic artists with our own stage at the upcoming London event. Many of these performers will be known to our listeners, while some will be newer, and we’re excited to provide a platform to share a spotlight on their talents. Who knows, perhaps the next Kacey Musgraves or Carrie Underwood will be spotted? Ticket holders should head down early to make sure they don’t miss out!”

A Country to Country spokesperson said – “We are very pleased to have Country Hits Radio on board for what’s set to be another fantastic C2C. The sessions feature some of the most exciting artists around. Don’t miss it!”

For more information on Country to Country, head to c2c-countrytocountry.com and for Country Hits Radio, go to countryhitsradio.co.uk

About Bauer Media UK:
Bauer Media UK reaches over 25 million UK consumers through a portfolio of world-class, multi-platform media and entertainment brands including heat, KISS, Grazia, Empire, Magic, Absolute Radio and the Hits Radio Network. These brands offer commercial partners access to highly engaged audiences, with creative solutions underpinned by insight and instinct. Bauer Media UK is part of the Bauer Media Group, one of the world’s largest privately-owned media businesses with media assets all over the globe.