Bringing together familiar masters along with fresh and exciting new classical pieces, Scala Radio will be presented with an informal ‘come as you are’ attitude. The new station will surprise and delight listeners with its accessible tone and unique format inspiring musical discovery, along with interesting conversation and features.

Ensuring the conversation is as absorbing as the music, the new station will feature Angellica Bell leading the weekend, Mark Kermode who will bring alive his love of film scores and Chris Rogers hosting a live Sunday brunch show with guests.

Music innovators Goldie and William Orbit will also launch their own series. ‘Goldie’s Classic Life’ will feature classical music mixes, alongside a narration of his own journey into classical music, explaining how it inspires him to write, perform and paint – as well as introducing listeners to exciting new classical artists. ‘William Orbit in The Space’ will be a curation of well-known artists, unusual pieces and new composers, mixed with classical versions of songs from other genres as well as William’s insight and exploration into classical music. In addition, one of Britain’s youngest commissioned composers - 19-year-old Jack Pepper will bring a new fresh point of view to classical music on the radio. Also on the line-up are presenters, Charles Nove, Mark Forrest, Sam Hughes and Jamie Crick. 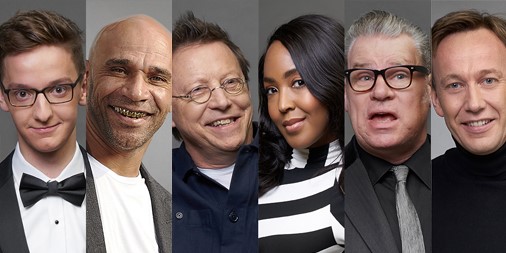 Insight has uncovered three major trends driving interest in classical music: the boom of the experience economy with 70% agreeing that there is nothing quite like hearing a live orchestra. Music being much more readily available via digital channels, leading to a new and younger audience discovering classical music through a new set of influencers, and enjoying as an emotional escape from the noise of modern life with 45% saying they want to know more about the classical genre.

Scala Radio presenter, Simon Mayo commented on the launch, “There are hundreds of radio stations playing rock and pop, and only two classical music stations up until now. We’re different because we’re going all out to entertain, laugh with the listeners, and have a good time. Some of it will be familiar, some new and exciting but all timeless, beautiful and all absolutely relevant to today”.

Steve Parkinson, Bauer Group Managing Director, National Radio said, “We are launching new radio brands at great velocity and we believe that Scala is the most exciting new personality-led radio station launch in years. The mix of music, personality and conversation will make it both intriguing and completely unique. We’ve completely re-imagined a format and designed it to appeal to a modern audience. This will be the very best in classical music for today.”

Classical music is changing, and Scala Radio promises to provide the listener with the modern experience. With a huge rise in immersive music events - from movies with a live orchestral soundtrack to re-imagined classical concerts playing Ibiza classics or Prince – music lovers are enjoying classical music in a whole different way. The appetite for the genre is growing, with breakthrough classical artists appearing at the Royal Wedding, The Proms, and winning mainstream TV shows like Britain’s Got Talent. Scala Radio is for those that love classical music, and lead a modern life.

Expect a broad and topical variety of the world’s most stunning music, including familiar masters from Mozart and Holst to surprising new works from living composers such as Karl Jenkins, Rebecca Dale and Thom Yorke (Radiohead). Both new and classic film scores, and a variety of musical pieces will feature, plus music performed by bright young artists like Sheku Kanneh-Mason. The station is set to become a big supporter of the arts and musical communities, as well as new and up-and-coming talent.

Launching on the 4th of March 2019, the station will also feature topical shows covering the influence of classical music in gaming, mindfulness and special guest weekly round ups. The sound of the station has been created with modern bespoke scores recorded by The City of Prague Philharmonic.

Listen on national DAB Digital Radio, online, via smart speakers and via mobile apps. Further information on how to listen can be found at www.planetradio.co.uk/scala-radio/

Bauer Media UK reaches over 25 million UK consumers through a portfolio of world-class, multi-platform media and entertainment brands including heat, KISS, Grazia, Empire, Magic, Absolute Radio and the Hits Radio Network. These brands offer commercial partners access to highly engaged audiences, with creative solutions underpinned by insight and instinct. Bauer Media UK is part of the Bauer Media Group, one of the world’s largest privately-owned media businesses with media assets all over the globe.